Mengjie
Liu
About
Contact
Another Way
Next Project
video, 2021
watch the full video 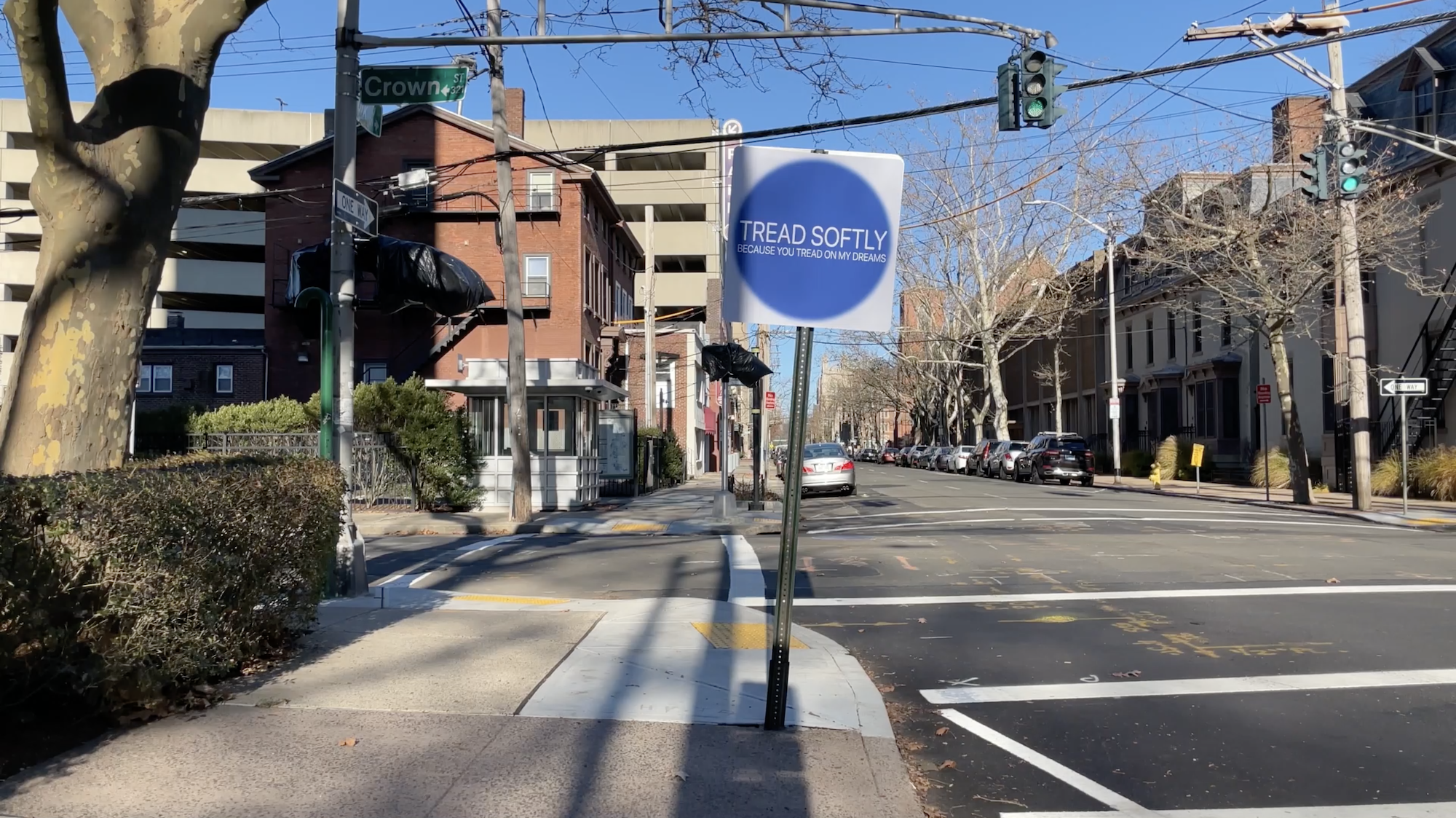 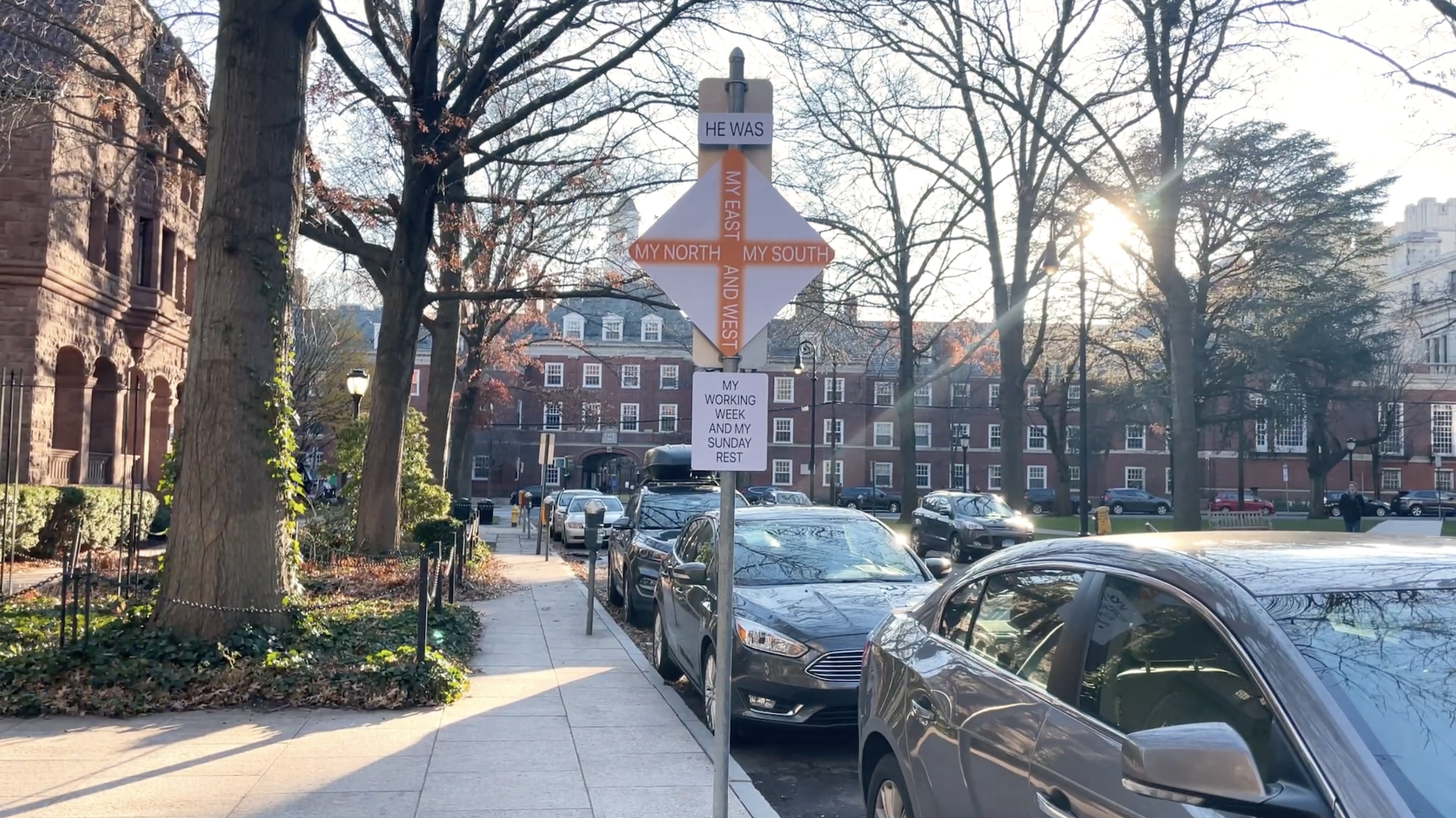 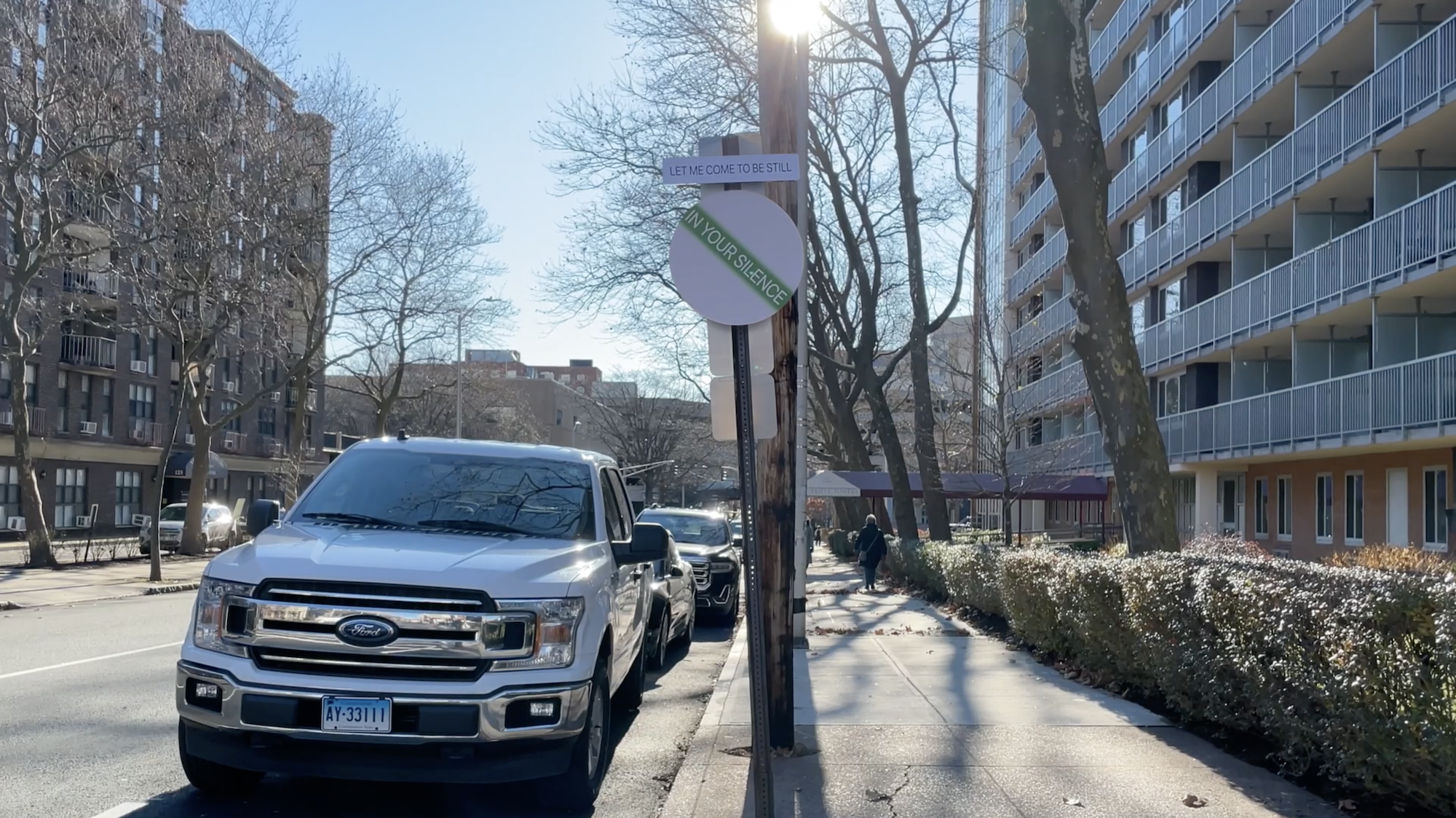 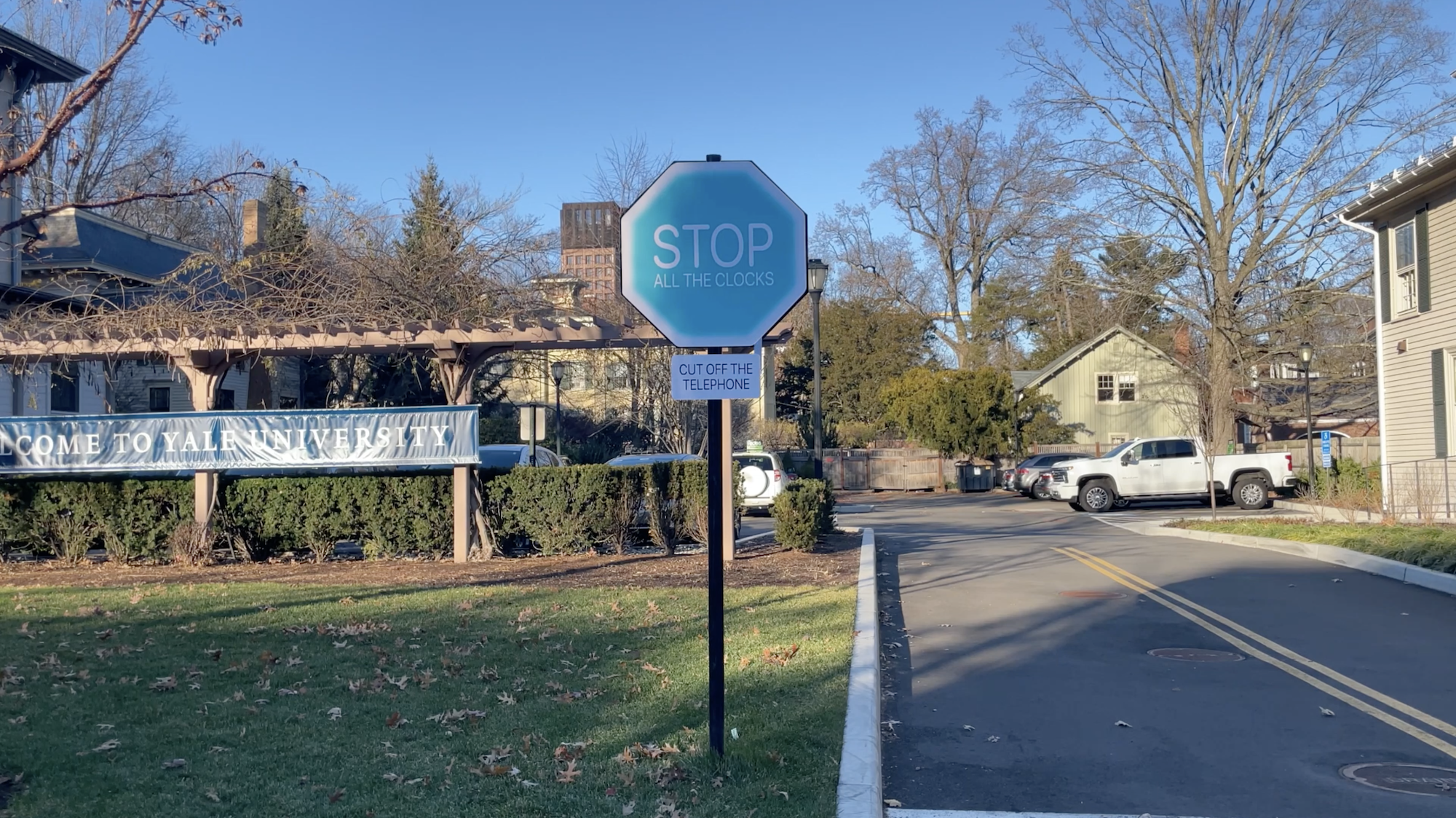 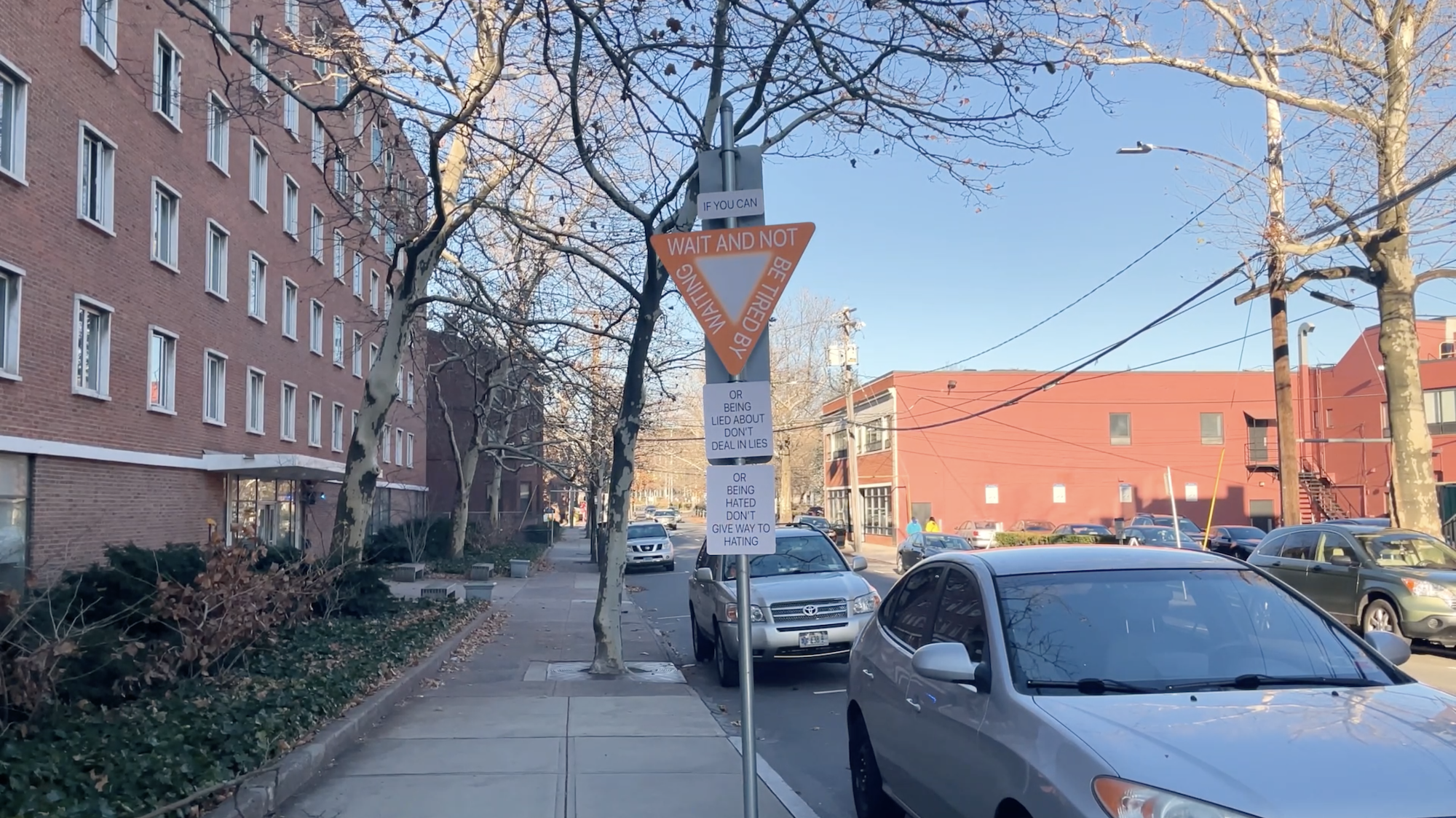 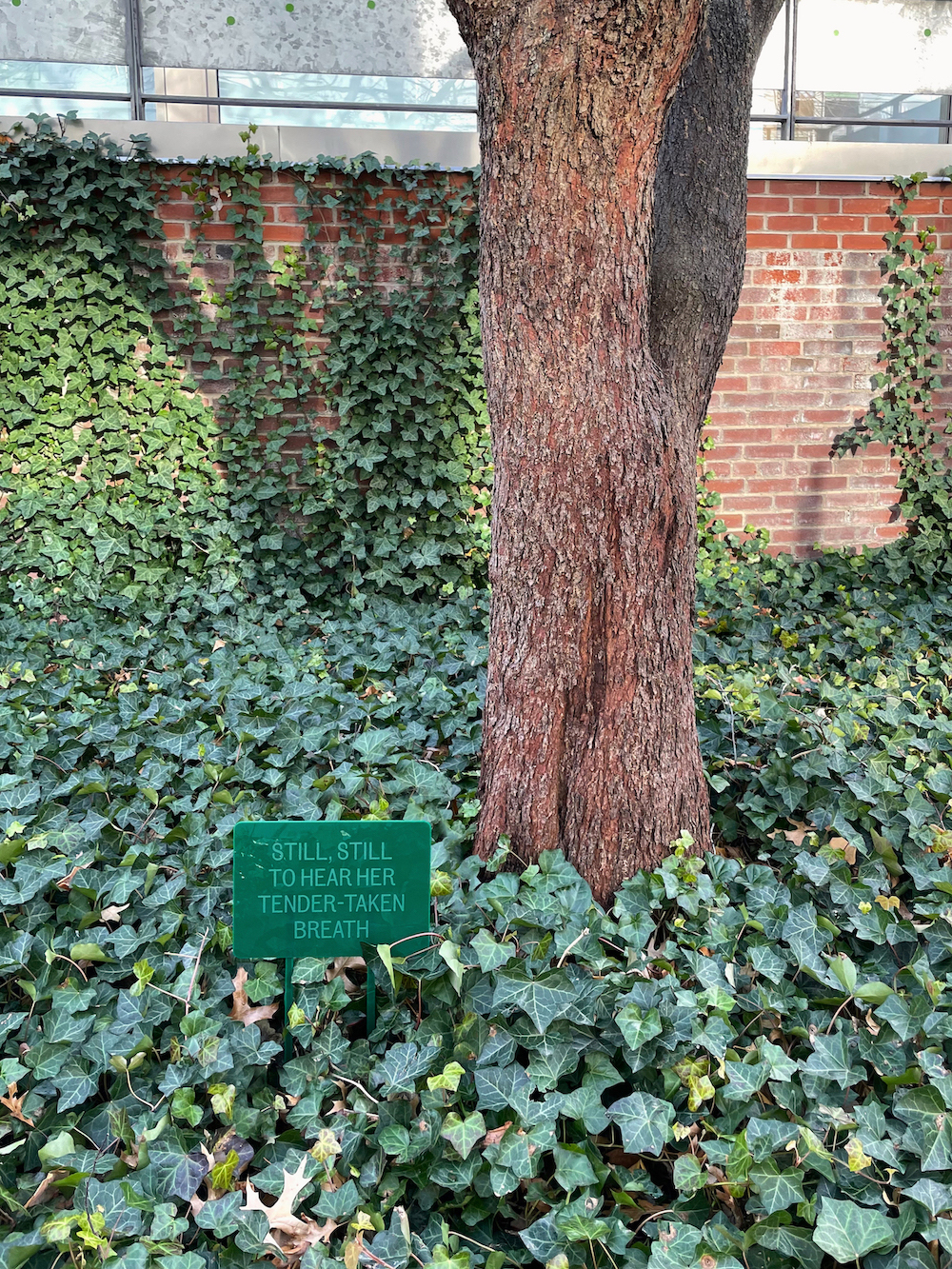 There are so many one-way roads in New Haven.
Looking at the signage, I keep wondering how common yet powerful it actually is. “One Way,” “Stop,” “Do Not Enter” …The imperative tone of the signage emphasizes its authority to maintain the order of the place.
During summer, I encountered a sign saying “Tiny grass is dreaming.” Inspired by it, I made my poetic signage proposal. Borrowing the visual language of regular signage, I chose poems that suit the environment of the existing signage. Keep silent, yield, do not enter, stop, crossroads ahead: these signage languages are replaced by the poetic words that correspond to the meaning.
I put up my poem signage on the backside of the existing ones on several one-way roads. They cover the blank side of the signage, forming another way of conveying regulation.