Mengjie
Liu
About
Contact
Her Traces
Next Project
installation, 2021 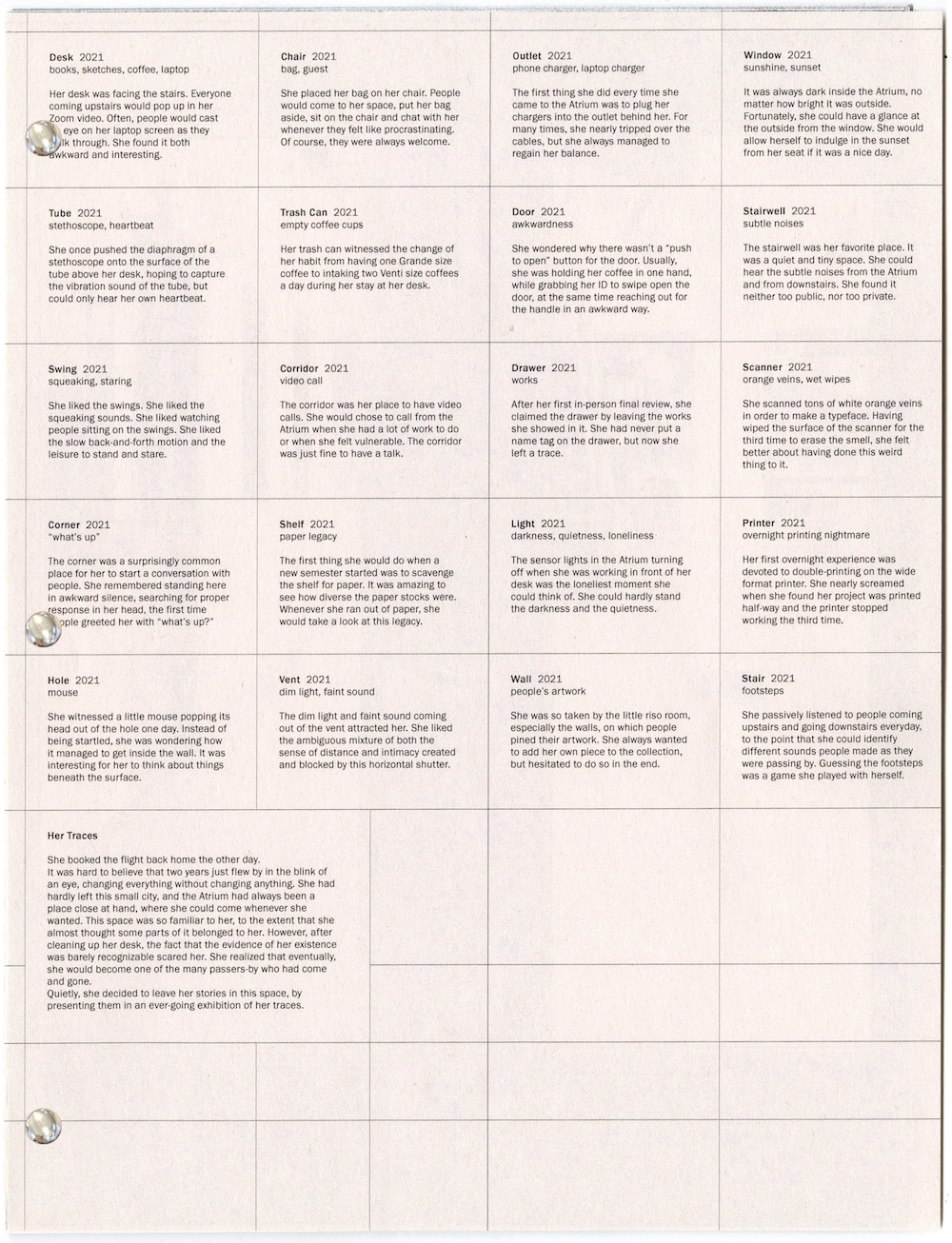 She booked the flight back home the other day.
It was hard to believe that two years had just flown by, changing everything without changing anything. She had hardly left this small city during that time, and the Atrium had always been a place close at hand, where she could come whenever she wanted. This space was so familiar to her, to the extent that she almost thought some parts of it belonged to her. However, after cleaning up her desk, the fact that the evidence of her existence was barely recognizable scared her. She realized that eventually, she would become one of the many passers-by who had come and gone.
Quietly, she decided to leave her stories in this space, by presenting them in an ever-going exhibition of her traces.